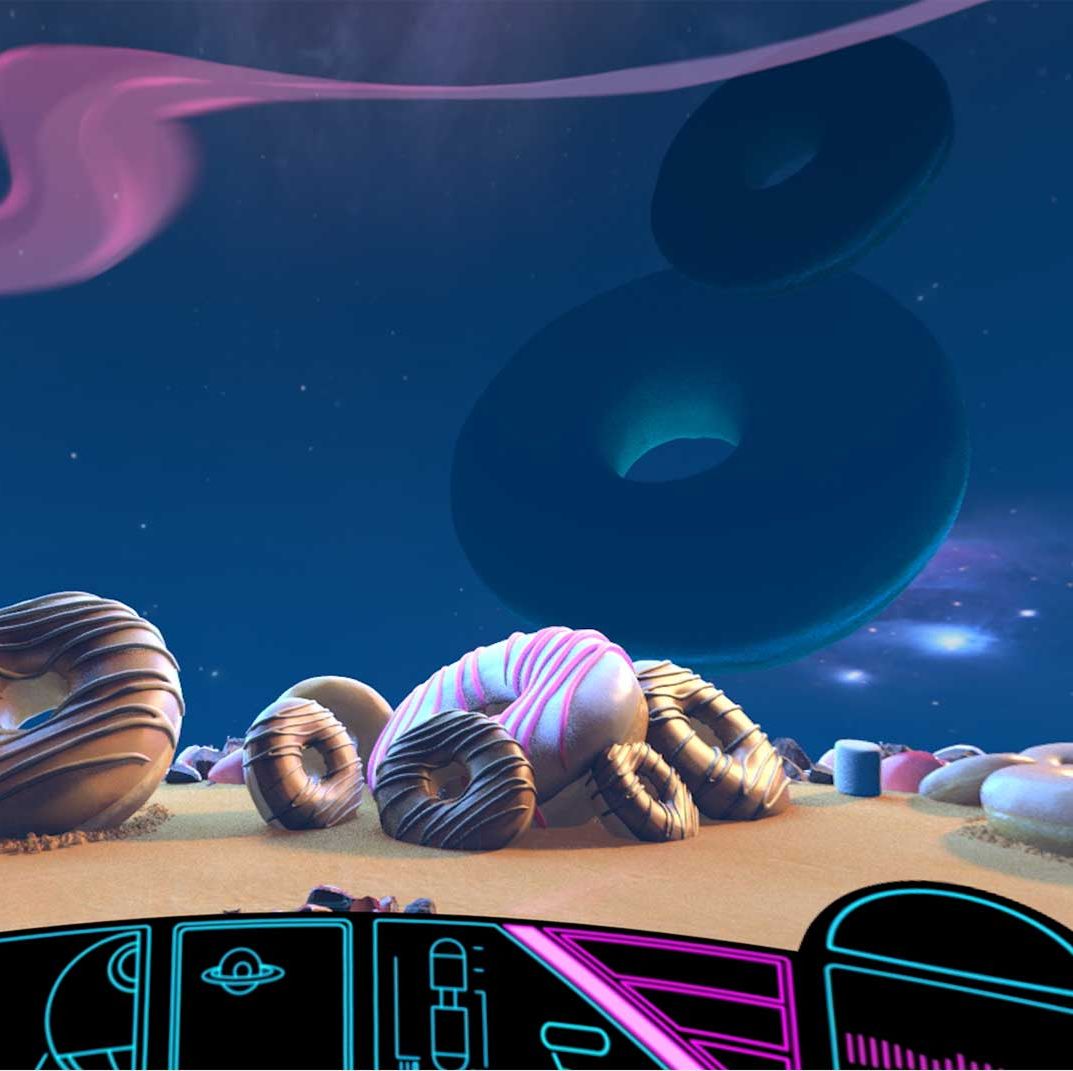 Yukfoo VRLabs (Auckland, Melbourne) in collaboration with Digital Arts Network and Krispy Kreme doughnuts have launched what may be the first ever mini-epic doughnut Virtual Reality space adventure.

Co-Directors Alan Dickson and Evan Viera pounced, with open mouths, on the opportunity to take the Starship Original Glazed into the Gooey Galaxy in an edible homage to the classic space battle trope. Cinema audiences will be able to view the VR movie through Krispy Kreme’s limited edition Google Cardboard headsets when they purchase the new range of doughnuts – they can literally taste the action.

Alan Dickson said, “Using the world of Krispy Kreme products and playing that up as parody is a brilliant way of making, what is essentially an ad, more sympathetic with what people at cinemas want to see - a fun space/sci-fi film.  From an artistic point of view I love it.”

The VR experiences allows viewers to get up close to the carefully crafted doughnut planets as the Starship (guided by a Sarcastic Algorithmic (SAL) computer) avoids retro pink doughnut pirates, and a giant enemy space station, avoiding fire in a caramel popcorn asteroid belt and finally escaping through a black hole. When the ultimate destination, Glazetopia, is reached we see that there really is a doughnut nirvana and it’s delicious.

Evan Viera said, “I admire the freedom the client and agency gave us, they allowed us to play with the world and have fun in imagining it. I hope our passion and playfulness comes across to the audience.”

The team at Yukfoo VRLabs is now settling down after several weeks of intensive doughnut R&D – which they can confirm was scrumptious.